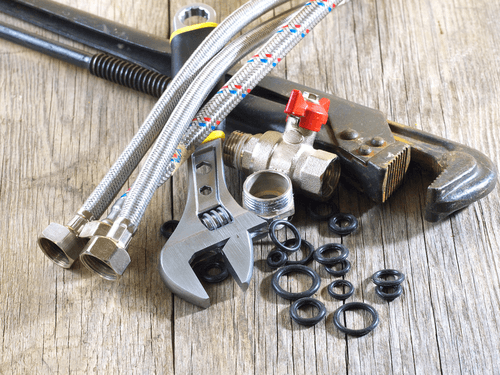 We are here for all of your pipe repair needs. Copper piping is by far the most widely used material in plumbing systems, however, despite what you might believe, copper piping doesn’t last forever. In the original design of copper piping, the pipes were expected to last up to 25 years but often fail in as little as two years due to changing the water chemistry.

Unrelated to water quality, changes in water chemistry have caused the water to  become aggressive toward the copper piping resulting in subsequent problems like internal pitting corrosion - leading to what’s known as “pinhole leaks." To repair copper pipe issues or issues with any other type of plumbing pipes, give us a call.

Pinhole leaks are a big issue for some of the reasons. First, they are rarely discovered until they have inflicted significant damage to your home. Pinhole leaks may occur in the ceilings and walls, surrounded by insulation and support beams.

Because they are so small, they don’t cause the telltale signs of lowered water pressure or water damage - giving them plenty of time to rot out the insulation and support beams one small drop at a time. Pair that with the fact that many homeowners believe their copper pipes are indestructible, and you end up with a mess on your hands.

Given that pinhole leaks are so small and nearly impossible to detect, the only fail-proof way to catch them before they cause extensive damage is to have the plumbing system in your home checked at least once a year by a professional plumber.

Contact John’s Electric Service at (205) 426-0583 or use or online service request form to reach out to us regarding water pipe repair.

Welcome to the Neighborhood!

John's Electric Service strives to give the best possible service through:

Finish reading Welcome to the Neighborhood!...

Whether the issue is large or small, problems with electricity are often ignored until they become apparent.  It's easy to avoid thinking about problems that can occur in our appliances, circuit breakers, wall outlets, and even light bulbs. But often, ignoring issues while they are small leads to more significant problems and the necessity for the help of an electrician.

What a pleasure it was dealing with Aubrey of John's electric! We had a breaker that would not reset. Aubrey arrived at our house at exactly the time he said he would. He had the problem diagnosed in under a minute and had us back to normal with all of our garage outlets in under 5 minutes. I know that all service calls can't go that quickly, but he sure found the problem right away and got it fixed immediately. I would strongly recommend this company.

Aubrey did a great job for us. He is an asset to your company.

They were prompt, professional and honest in their work.

John's Electric did a very thorough,quick and thrifty job! I would absolutely recommend them for your electrical work! Bravo!