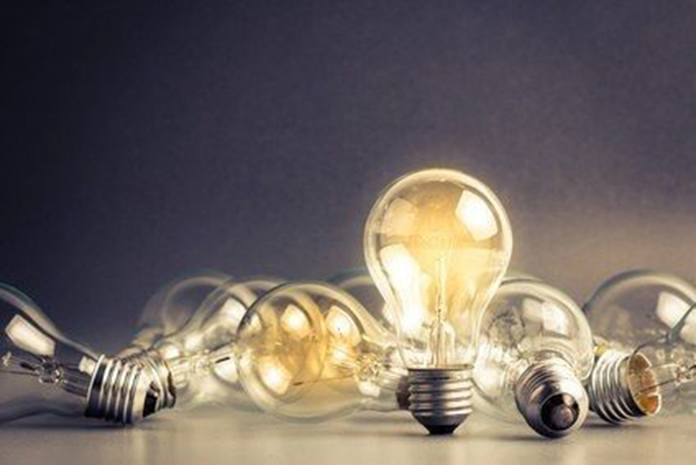 2. If you had superpowers and could travel as fast as electricity: You could probably win a race against Superman and go just about 186,411.358 miles per second (the speed of light). You could actually go around the entire earth 8 times in a row in the same time it takes to flip on a light switch!

3. Your bad hair day could be warning you of a strike: They say that you have a better chance at winning the lottery than you do at being struck by lightning, but that doesn’t mean being struck by lightning doesn’t happen. But when it comes to lightning strikes versus the lottery, lighting strikes can give you at least a little advanced notice. According to the article “Flash Facts About Lighting” by National Geographic, if your hair stands up in a storm, it could be a bad sign that positive charges are rising through you, reaching toward the negatively charged part of the storm. That's not a good sign! Your best bet is to get yourself immediately indoors.

4. You may have been slightly misinformed about where electricity got started:  Contrary to what we’re commonly taught, Thomas Edison didn't invent the first light bulb! He did invent one that actually stayed lit for more than a few seconds, but the truth is, it took a team of many inventors to produce a functional light bulb that has evolved into the conventional bulbs we use most commonly. Thomas Edison did invent more than 2,000 products (including switches, fuses, meters and sockets), but he was in fact an assembler of the first research and development team at Menlo Park, NJ. (See Photos: 2013 Consumer Electronics Show Highlights Newest Technology.)

5. Turning off your electronics isn’t enough to save you money on your electricity bill:
In an average home, over 75% of the electricity used to power electronics is being consumed while the electronic product is turned off and still plugged in. A great example is your computer. Did you know that the average desktop computer (while plugged in and in idle mode) is idling at 80 watts. Your laptop? 20 watts. A gaming system like a Sony Playstation, whether idling or in use, uses an average of 200 watts. Idle power actually consumes more electricity than every solar panel in the United States combined!

What is the future of solar power in Alabama?

The sun is the natural source of the most abundant, reliable, and pollution-free power in the world. However, problems with solar power, namely the expensive cost and inconsistent availability, have prevented it from becoming a more utilized energy source. Just like everything, eventually, it will be more affordable for the average homeowner. Could it be the new way people light up their homes in Alabama?

Finish reading What is the future of solar power in Alabama?...

Christmas Safety Tips from an Electrician.

With all of the hustle and bustle activity surrounding the holidays, too often, safety gets ignored as a priority, leaving opportunity for accidents or injuries (including burns) to occur. At John's Electric, we want you to get the most out of your holiday season, and we want your family to feel safe and secure.

Very professional and willing to work with the customer. Overall was an enjoyable experience.

When you need help from an electrician IMMEDDIATELY, this is the company to call. They came out right away, gave me several options for the repair, and the pricing was fair. I can tell you this, if I had another electrical problem this is the company that I would call.

What an amazing electrician Aubrey is!!!! He is honest and he charges reasonable! Never tried to upsell me once and I never felt taken advantage by him! Was the only electrician that came as soon as I called and was always upfront about everything! All the reviews about him are true! That's how I found him and he's proven to be everything everyone has said! Call the best so you can get great service!

It was a great experience. Thanks would hire them again.

Mr. Teele arrived quickly, diagnosed our outage problem and fixed it that same afternoon. We have an older electrical system that many other electricians simply won't work with. But Mr. Teele confidently made repairs and even called to check on us the next day to ensure all was working well.