Could our electric grid survive an EMP attack?

There has been no shortage of controversy in politics today. One of the most prominent subjects is that of the situation between the U.S. and North Korea. High tensions have prompted talk from North Korea in regards to an EMP attack on the U.S. What exactly is an EMP? How disastrous would a potential EMP attack be? Would our power grid survive such an impact? Our current state of affairs prompts these types of questions so that we can be better prepared in case of a potential disaster. 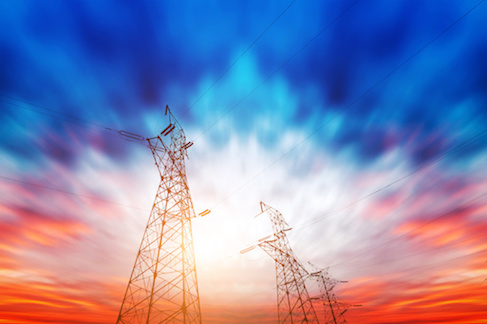 EMP stands for electromagnetic pulse which is a super-energetic radio wave that can destroy, damage, or cause the malfunction of electronic systems by overloading their circuits (securethegrid.com). It's not harmful to humans directly, but it would cause a great deal of issues for the people inhabiting the affected area.

An EMP attack could be quite disastrous. Various sources have vague information stating that after several months, 90% of human life in the affected zone could perish due to starvation, disease, and general anarchy. Though, this kind of bold statement is not back with much validity. It is however highly likely it could greatly affect the economy.

The chances of our power grid surviving an EMP attack are not very high. As we have seen during this past hurricane season, power grids seem to be a vulnerable spot. Citizens of the U.S. are very dependent on electronics, and that weakness was shown greatly during the past few storms. Protection from an EMP attack would be possible, but would ultimately cost billions of dollars and take a few years to be completed. Unfortunately, that is time and money the U.S. just does not have.

Though an attack may never happen, it is best to take any threats like these seriously. An EMP attack would greatly affect millions of Americans and now is the time to get informed about what could happen if this eventually unfolds.

Very professional and willing to work with the customer. Overall was an enjoyable experience.

Aubrey, the owner, came out and explained everything clearly. He had honest prices and great work.

My Mother recently came to live with me, and I needed a fan installed in her west-facing room, to keep it cool in the guest room. I had to wait a little bit, but it was worth it. The price was reasonable, I could tell he was conscientious and he made an extra effort to do as much as he could while he was here - including going down through a difficult attic to install, so the wires would not show. Highly recommend. He came with his grandson and they worked a few hours. Hoping to get him back soon for some more work. Thank you, John!