Selling Your Home? Watch Out For DIY Wiring! 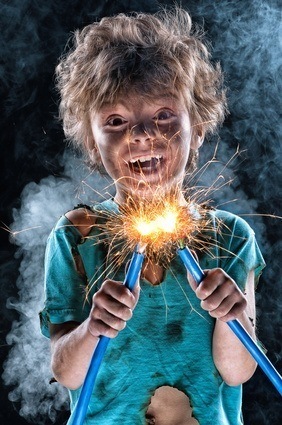 As a homeowner, you have every right to carry out any work that needs to be done in your home, including electrical wiring and there are many cases when DIY electrical wiring may seem like a tempting option. Installing a light switch, replacing an outlet cover, or installing a ceiling fan for instance, may seem like minor work that wouldn’t warrant a call to a professional electrician.

However, when it comes time to sell your home, as the homeowner, you will be asked to show permits for any electrical work performed on your home. You will not be able to obtain the appropriate permits following DIY installation of electrical wiring later in the game. Further, should  someone be injured or you incur property damage, your insurance will not be valid without the appropriate certification to prove the system is safe.

So what are some of the DIY electrical projects that can cause you problems in the long run? Here are a few of the most common:

Some homeowners assume that in order to combat the issues that occur with out of date circuit breakers or fuse box, the solution is to replace the existing unit with a higher rated or more up to date unit. In actuality, this is extremely dangerous. The risk of fire is significantly increased and a fire can easily be sparked when the existing circuit breaker is overloaded and unable to handle the amount of amp load the higher rated circuit breaker or fuse incurs.

Insulation commonly wears out due to excessive heat from overloaded circuits and should be routinely inspected by a professional electrician. Adding to that problem by attempting a DIY wiring project without proper insulation could spell serious trouble and should be avoided at all costs. Improper insulation causes wires to frequently short out, or outlets to become shocking outlets. These shocks can range from mild to severe and even cause electrical fires.

Probably the most common DIY mistake that homeowners make is the overloading of a circuit breaker or fuse. The most tell tale sign of this issue is dimming or flickering lights, commonly tripped breakers or buzzing, discolored or charred outlets. Left unchecked, this issue can lead to fire, electrocution or even an electrical arc.

When in doubt, leave all electrical projects in the hands of a professional like John’s Electric!

This company did an incredible job on our house. Had a few issues to get home ready for sale and he came next day - completed everything with perfection and great price. Aubrey is very honest and trustworthy! Will use him any other time I need electric work and strongly recommend him

Mr. Teele arrived quickly, diagnosed our outage problem and fixed it that same afternoon. We have an older electrical system that many other electricians simply won't work with. But Mr. Teele confidently made repairs and even called to check on us the next day to ensure all was working well.

Aubrey, the owner, came out and explained everything clearly. He had honest prices and great work.

My Mother recently came to live with me, and I needed a fan installed in her west-facing room, to keep it cool in the guest room. I had to wait a little bit, but it was worth it. The price was reasonable, I could tell he was conscientious and he made an extra effort to do as much as he could while he was here - including going down through a difficult attic to install, so the wires would not show. Highly recommend. He came with his grandson and they worked a few hours. Hoping to get him back soon for some more work. Thank you, John!

John's Electric did a very thorough,quick and thrifty job! I would absolutely recommend them for your electrical work! Bravo!