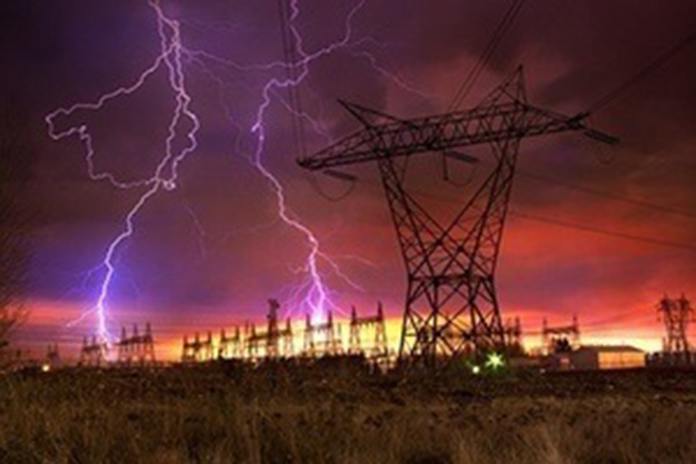 Whole House Surge Protection can be thought of much like a bouncer in a night club – allowing in only the electricity that your home truly needs and blocking any trouble that over-voltages can cause your devices from surges occurring inside your house.
SPDs (Surge Protective Devices) are usually wired to the electrical service box and are located in an area that protects all of the electrical systems and appliances in your home.

A single power surge happens in a matter of milliseconds — one thousandth of the time it takes for you to blink your eyes once. Perhaps you’ll notice the lights flicker or have an issue occur like your TV or computer locking up for no obvious reason. Perhaps you won’t notice anything.

But that seemingly insignificant spike in the electrical current that flows through the wires of your home can have huge consequences. According to the Insurance Information Institute insurance claims from power surges are included in the same category as damage that occurs from lightning strikes.

According to the NEMA Surge Protection Institute, 60% to 80% of power surges start inside the home, typically from major appliances and systems that cycle on and off, such as air conditioners, refrigerators, and clothes dryers. “It can happen all day long,” says Jessaca Townsend, residential product manager for Advanced Protective Technologies, a Tampa, Fla.-based manufacturer of surge protectors.

Protecting your home with a whole house Surge Protection Device (SPD) protects your home against up to 40,000 amps of electrical current flowing from outside your home into your home. The normal level of current for one household is 200 to 300 amps of power. When lightning or damage to a power line causes a sudden surge, the SPD detects the extra current and safely re-routs it through your home’s grounding path.

For electronics that are more sensitive and prone to power surges, such as home entertainment systems or computers, electrical professionals recommend a double layer of protection by using a point of use SPD.

For more information on which Whole House Surge Protection Device is best for your home, contact the professionals at John’s Electric today for a free consultation.

What is the future of solar power in Alabama?

The sun is the natural source of the most abundant, reliable, and pollution-free power in the world. However, problems with solar power, namely the expensive cost and inconsistent availability, have prevented it from becoming a more utilized energy source. Just like everything, eventually, it will be more affordable for the average homeowner. Could it be the new way people light up their homes in Alabama?

Finish reading What is the future of solar power in Alabama?...

Christmas Safety Tips from an Electrician.

With all of the hustle and bustle activity surrounding the holidays, too often, safety gets ignored as a priority, leaving opportunity for accidents or injuries (including burns) to occur. At John's Electric, we want you to get the most out of your holiday season, and we want your family to feel safe and secure.

Very dependable, professional, friendly and just good at what he does. John wired an addition for us and repaired my breaker box. He is friendly and trust worthy. I had no problem leaving full access to our home while we were away. I highly recommend him and his phone number will remain in my contacts. Job well done! Thanks again.

Service was above and beyond excellent. Stuck with us and the power company until the true root of the problem was found. Worked around our schedule and budget restraints. Left things clean and was very respectful. Would definitely recommend him and use him again.

Aubrey upgraded our electrical fuse panel, put in an updated outside service panel, replaced the main service line from the outside panel to the inside fuse box, and installed several outlets. His original estimate was complete and accurate. He brought our electrical system up to code and made several recommendations for changes and upgrades that we had not thought of. He worked with our schedule, was on time and very professional, and left our home as clean as when he arrived. He was extremely conscientious and reliable. We very highly recommend John's Electric and will definitely use them again.

Aubrey did a great job for us. He is an asset to your company.

This company did an incredible job on our house. Had a few issues to get home ready for sale and he came next day - completed everything with perfection and great price. Aubrey is very honest and trustworthy! Will use him any other time I need electric work and strongly recommend him