Electric Cars VS Hybrid Cars -- Which is Better in Alabama? 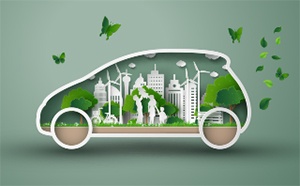 Thinking of making the switch from gas to hybrid or electric? Well, we’ve scoured the internet to find the most in-depth coverage of each type of car, including their benefits and drawbacks. Read up on what the experts have to say at Autotrader:

Before we cover the benefits and drawbacks of EVs and plug-ins, it's important to understand the difference between the two vehicle types.

Plug-in hybrid cars are exactly what their name suggests: They're hybrid cars that can be plugged in. Examples include the Cadillac ELR, the Chevrolet Volt, and the Toyota Prius Plug-In. Essentially, plug-in cars use two different powertrains, both of which can drive the wheels.

There's an electric motor that lets drivers go a certain limited distance (often between 30 and 40 miles), and there's a normal gasoline engine that kicks in once the electric motor is depleted.

Electric vehicles, on the other hand, are fully electric, meaning they don't use any gasoline. Popular examples include the Ford Focus Electric, the Nissan Leaf and the Tesla Model S, among others. Because electric vehicles use electric power alone, there's no backup engine to help you out when the batteries run out of juice. But usually, they have more room for batteries, since they don't have to make space for the gasoline engine. That means EVs offer a longer electric-only range than plug-in hybrids.

Additionally, electric vehicles help drivers save more money than plug-in hybrids do since they don't use any fuel. They also offer a longer electric-only range than plug-in hybrids. That means drivers who want to cruise for as long as possible without using a drop of fuel will be better served with an EV than a plug-in.

Of course, there are some drawbacks to EVs. By far the largest is range: While a plug-in hybrid can usually travel 30 or 40 miles on fully electric power and an extra 200 to 300 miles on gasoline, most electric vehicles are limited to 60 to 70 miles of total range. That means drivers with a long commute, or those who routinely travel more than 60 to 70 miles without overnight stops, would be wise to consider a plug-in hybrid instead of an EV. An exception is the Tesla Model S, which can travel well over 150 miles between charges. The Model S still doesn't have the range of most plug-in hybrids, however, or the ability to refuel as quickly.

Of course, plug-in hybrid cars also offer their own advantages and disadvantages. The primary advantage is described above: range. While an electric car can only travel as far as its batteries allow, plug-in hybrids use gasoline engines in addition to their electric powertrains. The result is that plug-in drivers get the best of both worlds: electric-vehicle efficiency around town, and traditional car range for longer trips.

When it comes to disadvantages, the biggest drawback endured by plug-in hybrids is variety. There simply aren't many models to choose from, as most automakers have instead chosen to offer fully electric vehicles instead. This is largely because drivers interested in an electric vehicle tend to want the full experience, using no fuel and benefiting the environment as much as possible. In fact, today's crop of plug-in hybrids is limited to just a few models (the Chevrolet Volt and Toyota Prius Plug-In are the most popular) compared to a larger offering for EVs.

Taxes and Other Savings

I was very satisfied with the service. I drilled a hole in my main service line on a holiday, and they had me up and running the same afternoon. Thanks!!

Had part of a circuit series of outlets/lights stop working while running vacuum. Was very pleased with service.... courteous....professional....good blend of knowledge and interaction.

It was a great experience. Thanks would hire them again.