How Much Electricity are we Actually Using? 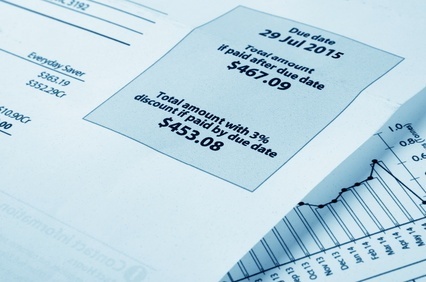 How much electricity is your household using? More often than not, you skim over your electric bill each month and if the price doesn’t seem out of the ordinary, you move on. This is what most of us do. It's just more convenient and has become the norm. But have you ever thought about what electrical usage and energy bills are like in other states and countries compared to the electricity used in your area?

The U.S. Energy Information Administration (EIA) reports that the national average is 909 kilowatt hours (kWh)/month, with monthly electric costs of $110.20. The EIA also breaks down the average electric usage by state. You can download the full spreadsheet with all state data here.

Keep in mind that the number of kilowatt hours (kWh) doesn’t necessarily dictate the costs, so the state paying the most may not be the state actually using the most electricity. Electric costs vary state-by-state. The average monthly price tag that emerges from your electrical usage depends on how hot/cold and urban/rural your home state is, as well as what the costs are for your area. For instance, even though Louisiana has the highest monthly consumption (1,273 kWh), Hawaii, (the state that uses the second-least amount of electricity) pays the most at $203 per month. Furthermore, Maine, the state that uses the least amount of electricity each month (531 kWh), still pays more on average for electric than New Mexico ($75 per month). However, Maine does pay a similar average price ($77.77), so their low energy conservation plays to their benefit. [source]

Wondering where our home state of Alabama fits in? Alabama ranks among the top states in electricity generation. Coal has typically fueled the largest share of electric power generation in the state, but, because of market fluctuations and increased availability, natural gas has provided a larger share in recent years, exceeding coal-fired generation in 2012 and in 2014. Alabama is one of the 10 largest generators of electricity from nuclear power in the nation. The state's two nuclear power plants, with five reactors combined, typically produce about one-fourth of the electricity generated in Alabama. The three reactors at the Browns Ferry nuclear power plant in Limestone County have a combined generating capacity of 3,309 megawatts, second only to Arizona's Palo Verde plant in generating capacity among nuclear power plants in the United States. [source]

How does the U.S. Compare to Other Countries?

In terms of our country’s impact globally, overall the United States has the second highest household energy consumption in the world, with homes using over 11,698 kWh per year. This is two to three times more than European households and about twenty times more than Nigerian homes. Moreover, each American individually uses about 4,500 kWh each year, which is about five times the average for all people who have electricity in their homes around the world. But of course, these disparities are affected by differences in physical house size, local electricity prices, appliances, the amount of sunshine, and access to alternative fuels for heating and cooking. [source]

John’s Electric of Birmingham has an array of suggestions, guidelines, tips and suggestions for lowering your energy consumption while continuing to live comfortably. Contact us today to receive important information regarding money saving ways to cut your energy costs while keeping your family safe. We are here for your peace of mind.

Aubrey was courteous, prompt and helpful. He knew what I needed quickly. I will be calling him the next time I need electrical service. Gave me a great price.

Aubrey did an excellent job with moving our electrical main service. He coordinated with Alabama Power and the Hoover inspectors and everyone was there when they should be. He knew that we needed a special disconnect and ordered the right one. We gave him a key and trusted him to be in and out of the house and yard when he needed to. He kept us informed, did a quality job and went over and above to come out to check on things for us after hours one evening and teach us a few things. Reasonable price as well. A true professional and I will recommend him again.

They were prompt, professional and honest in their work.

Very dependable, professional, friendly and just good at what he does. John wired an addition for us and repaired my breaker box. He is friendly and trust worthy. I had no problem leaving full access to our home while we were away. I highly recommend him and his phone number will remain in my contacts. Job well done! Thanks again.

John's Electric was wonderful! I called and he was at my house within an hour!! I was at great risk of fire because of my breaker overheating, and he got me taken care of quickly, and affordably! I have a home warranty, that wouldn't cover my issue, and he jumped in and took care of me. If I ever had need again, I know who to call. Couldn't recommend John's any higher!!!